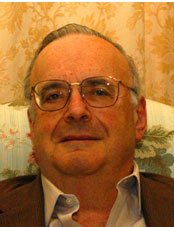 How best to describe this year’s Citizen of the Year?

Easy answer: “Catalyst.” The dictionary would define this both by: Chemistry- A substance, usually used in small amounts relative to the reactants, that modifies and increases the rate of a reaction without being consumed in the process; and 2. One that precipitates a process or event, especially without being involved in or changed by the consequences:

Shortly thereafter, in 1998, John wrote a white paper entitled, “Nevada Economic Diversification,” Nevada Should Focus on Expanding Its Financial/Corporate Sector to Generate Substantive Public and Private Revenues. The last revision was made in May 2007.

This paper was John’s overview of Nevada’s situation. His central thesis is that Nevada should be the “Delaware of the West” and headquarters for intangibles industries. He feels that as long as Nevada has no corporate income or gross receipts tax, Nevada will be able to do what Delaware cannot:

John received much help from many sources while drafting this paper. He distributed it to legislators, constitutional officers and other public officials in October 1998. As a result, there was a truly pleasing response to the final edition, overwhelming favorable and enthusiastic from all sides, culminating in S.C.R. 19 which was introduced on March 4, 1999.

John believes there are four pillars to Nevada accomplishing sustained economic development and prosperity. Paramount among these is the need for vast reform of Nevada’s public education.

In early 2009, John heard President Obama in a town hall meeting speak about his Education Plan. The President answered a question which talked about the importance of reform and progress in public education which he said was still geared towards the 1850’s rather than the 21st century (John’s abbreviation).

Shortly thereafter, through Catamount Fund, John began an initiative to reform public education in Nevada with the emphasis on focusing on modem concepts that work and should be viable in Nevada. He wanted to get started right away while everyone seemed to agree that reform and progress is needed. He felt the current economic crisis and related budget problems can and should be looked at as “a decisive moment, crucial time, a turning point for better or worse.”

At the same time, he realized the amount of factual information about public education “out there” is enormous.

In his numerous written and verbal communications, he asked “What are we failing to do? What can we do to improve our education?”

Though not an educator, John accumulated information from sources as disparate as Senator Reid’s education consultant, NPRI and RAND (the Santa Monica-based think tank) as well as insights from local and national educators. He has a hunger for knowledge and a great desire to share the vast amount of information he collected and summarized with those who had an interest in making improvements to Nevada’s public education system.

John believes that our complex society has so many roles and that we must better guide people towards having a role in which they can be useful and take pride in. For example, the super bright kid with obscure origins should wind up at Caltech. There are others who should be trained for jobs that are truly meaningful to them, rather than endure abstract education that does not interest them.

By January 2010, John had completed his goals of meeting Nevada’s entire educational establishment and conducting face to face meetings with hundreds of Nevadans (north and south), as well as folks interested in education, academics, legislators, constitutional officers, oriented non profits, scholars at the Hoover Institution, RAND think tank, and others who expressed an interest.

These initiatives included, but were not limited to:

While in Las Vegas the week of January 11, 2010, he first heard of the concept of having a “point person” for the Race to the Top application. He soon realized that this concept resonated with many people. Time was of the essence. The June 1 Race application deadline loomed.

He noted that public education is fragmented into many spheres of responsibility and the Race to the Top application required a unified effort. It was now time to approach all of the leaders.

He quickly set out on a large communications campaign to identify who this “point person” could be.

It’s amazing what you get when you throw it out to the universe!

In March 2010, Governor Gibbons announced the Blue Ribbon Education Reform Task Force established to ensure a successful state application for the Race to the Top competition.

John immediately wrote a letter to the Members of the Governor’s Education Blue Ribbon Task Force. Enclosed in the letter was a “thumb drive” for each member that included all 40 of the state applications for the Race to the Top. The answers were rearranged to the sections such that all sections were placed in alphabetical order, enabling the task force convenience on analyzing answers of individual sections, topics, etc. It was John’s hope that this would facilitate the task force’s use of this information.

Upon hearing the results of the Race to the Top, John stated, “Let there be no more recriminations. Nevada is much better off for having made the effort to compete in the Race to the Top. The Blue Ribbon Task Force thoroughly discussed all dimensions of public education reform. This in itself is watershed! These best practices are not patented. They are there to be observed and adopted.”